Great for updates, news or just a good rant “I have come to the conclusion that sweeping East Timor under the carpet socialised the bureaucratic and political process into a mind-set that allowed an easy transition into the more recent treatment of refugees. The ground for denial of acts of bastardry was already prepared and made so much easier, particularly for Howard” – Bruce Haigh ex-DFAT.

END_OF_DOCUMENT_TOKEN_TO_BE_REPLACED What the news doesn't tell you about Israeli Behaviour     View this email in your browser       We at Antidote Films abhor the illegal behaviour and violence of the Israeli army against innocent civilians in the Occupied Territories....

END_OF_DOCUMENT_TOKEN_TO_BE_REPLACED Remembering Stephen Hawking, the man and the documentary made by Errol Morris, the award winning Director who also made our film TABLOID.

END_OF_DOCUMENT_TOKEN_TO_BE_REPLACED Cambridge Analytica revelations makes us want to celebrate the incredible, seriously brave work of journalists, whistle-blowers and publishers (and dreamers) fighting back. Without them, where would we be? George Orwell, if he were alive, would endorse some of the films we can show you on these subjects:

END_OF_DOCUMENT_TOKEN_TO_BE_REPLACED Media Release: AGPPA calls for a full and independent review of NAPLAN

Here is a curated selection of binge-worthy films that will inspire you to think about what really is education?

END_OF_DOCUMENT_TOKEN_TO_BE_REPLACED The scathing report from The Australian came at a time when all eyes were on the NT after a shocking case of child sexual abuse hit Tennant Creek.

While many people have their fingers pointed directly at Aboriginal communities, no one seems to be questioning the $2 billion of Indigenous funding that was taken out of Indigenous aid budgets by the NT Govt. Can you honestly say that problems would be so bad in these communities if the $2 billion was invested like it was supposed to be?

The report revealed that successive governments under-spent on allocated Indigenous and remote disadvantage GST funding. The total of under-spending has now reached around $2.2 billion dollars. In 2014, we saw outrage when Tony Abbot and Warren Mundine announced nationwide Indigenous budget cuts of over $500 million. Now it has been revealed that $2 billion was stripped secretly from some of the most disadvantaged Aboriginal communities and there is nothing but silence.

END_OF_DOCUMENT_TOKEN_TO_BE_REPLACED 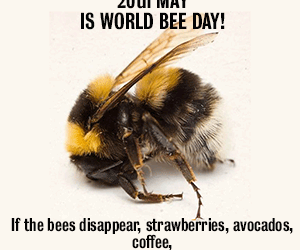 World Bee Day. Every year on this day, the attention of the global public will be drawn to the importance of preserving bees and other pollinators. People will be reminded of the importance of bees for the entire humanity and invited to take concrete action to preserve and protect them. It’s a shame the Woollahra Municipal Council didn’t get the memo, after recently killing 50,000 bees (article here)

END_OF_DOCUMENT_TOKEN_TO_BE_REPLACED How Textbooks Continue to Keep the Pentagon Papers a Secret

The Post has been nominated for a few Academy Awards, Golden Globes and Critics Choice.
Team Antidote saw The Post on opening weekend, and we couldn’t help but notice all that was missing from The Post.

END_OF_DOCUMENT_TOKEN_TO_BE_REPLACED Antidote Owners’ Club – when the internet is not enough One Club to Own them All! The Antidote Owners Club is your chance to own our whole, growing collection on DVD – still the most reliable, highest quality way to watch a film, without going to the cinema. At...