Philippe Mora in a true story of Mayonnaise sandwiches, Nazis and a comic book Screenings & Tickets The Moras are well known in Melbourne for their work in contemporary art and bohemian eateries. Less known however, is their story before moving to Australia in 1951…

As artist and filmmaker, Philippe Mora, works to produce a graphic novel about his late father, Georges Mora, an intriguing story unfolds. Georges was not in fact French, but rather had escaped to France in 1933 and worked with the French Resistance to save thousands of Jewish lives. Their secret ingredient? A simple trick using mayonnaise and baguettes.

The film provides a lively, tasty and colourful look into a dramatic tale of survival during the Holocaust. With interviews, art and clips from some of Philippe’s previous works, the film moves at a lively and involving pace. 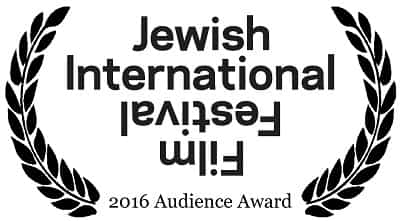 Join our mailing list to stay up to date on screenings, Q & A sessions and more on Monsieur Mayonnaise and other films. Subscribers will also be the first to hear about the DVD launch date and have VIP pre-order access.