One woman’s life, with and without men, but always with dogs. Acclaimed and award winning film maker Gillian Leahy turns her mind to the relationship between herself and her dog in this searching, funny, touching and thought provoking documentary. Gill questions her own relationship with her big brown chocolate Labrador, Baxter, and our relationships in general between dogs and humans. It all begins when Gill wakes up one morning and asks herself, “What am I doing living with this big brown beast?” And it takes off from there. In Gill’s idiosyncratic, bruisingly honest and dogged way, the film takes a walk down Gill’s life with dogs, her relationships with people and most significantly her current relationship with the charming and willful Baxter. Do dogs love us? Do we love dogs? Are we in control or are they? Who is training who? Why do we love dogs? Do we treat dogs as they deserve? Do we treat them as we should? How should we treat them? Are they our slaves or are we theirs? What do they give us and what do we give them? Enhanced by Elizabeth Drake’s music, Steven Macdonald’s insightful cinematography, Denise Haslem’s adroit editing and Gill’s own eccentric, astute, wry and opinionated voice over musings, the film takes us to some familiar haunts and some unexpected destinations on the journey of casting an eye on what goes on between dogs and humans. If you’ve ever had a dog, or ever loved a dog, or ever known anyone who loved a dog, or ever wondered why on earth other people love dogs, this could be just the film for you. 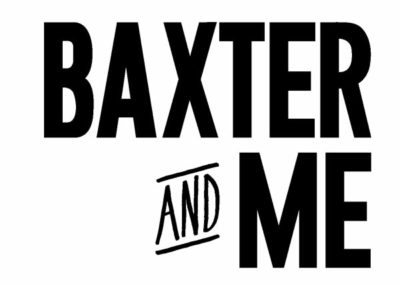